Codex Inquisition - Everything you have been told is true - it's pretty crap.

I was so excited about the prospect of even the tiniest new tweaks and art - and if the previous Inquisitor Codexes or the Inquisitor rule book were any indicator we were in for some real gems.

Nothing new, some very mediocre art, bad editing... What a missed opportunity. Going to see if I can get a refund. 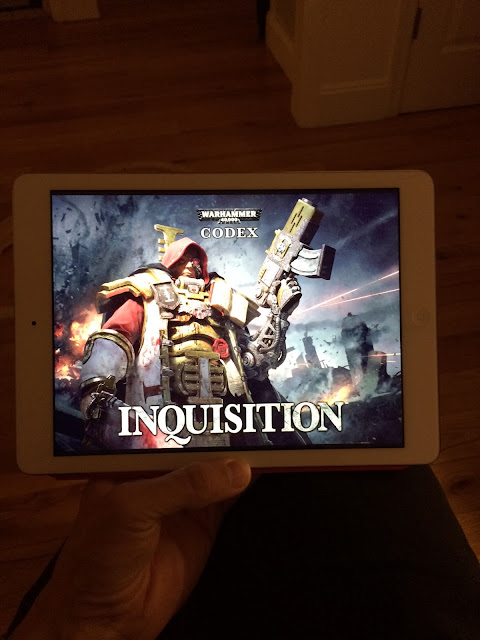 For a more thorough review, please check out:

http://www.frontlinegaming.org/2013/11/16/guest-review-of-codex-inquisition-by-madcowcrazy/
Posted by migsula at 09:15 9 comments:

Fabricator Captain Siimon has received reinforcements from Mars as Rhisienne prepares for war and destiny!

“Praetorians are the absolute elite of  Skitarii (the official term for Mechanicus military forces), augmented with a sophisticated array of bionics and powered suits of armour. The Centurions are heavy battle suit originally built for the Astartes fire support roles, but modified versions were created for the Skitarii and have become the hammer of many Praetorian missions” 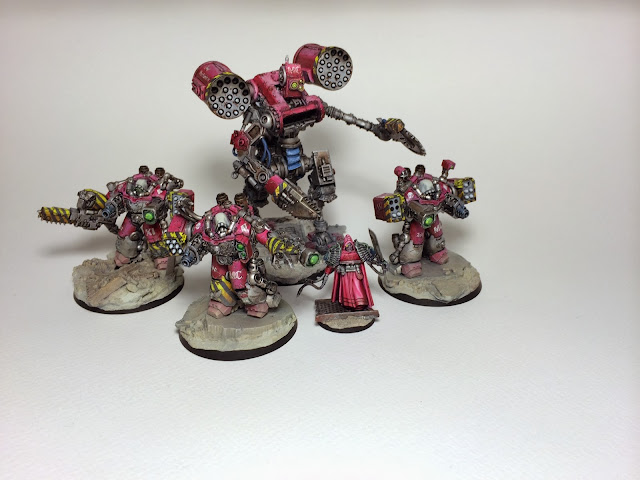 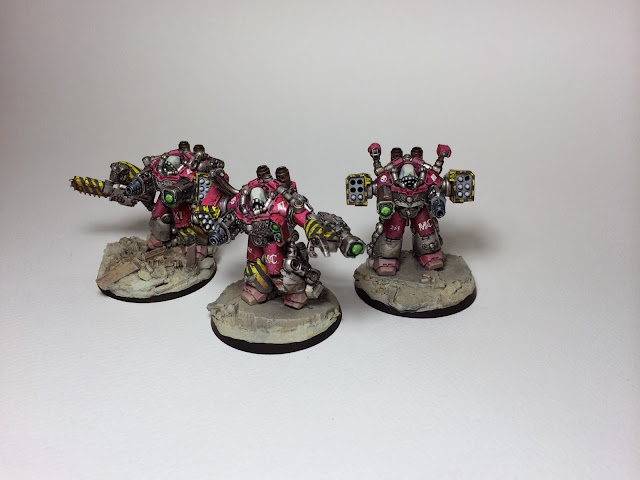 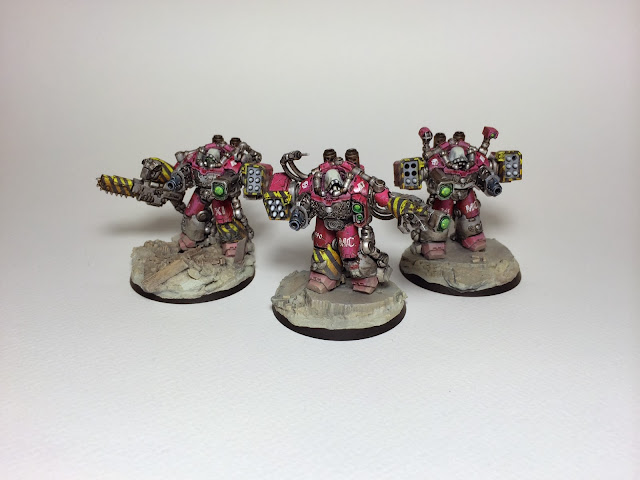 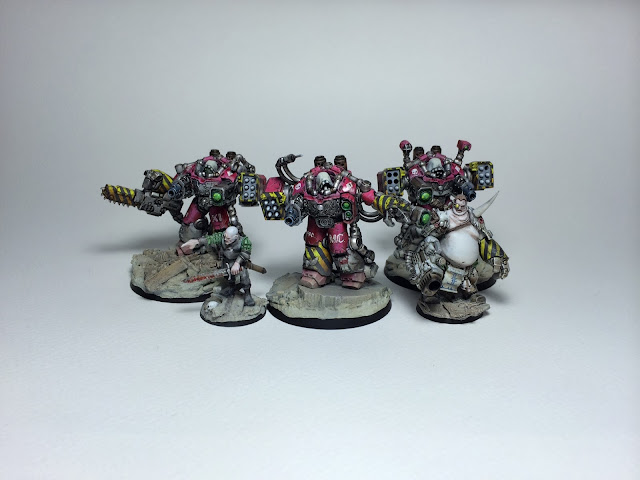 Revised Legion Armylist and thus models to be expected list.

“Berthold, the formidable off-spring of Terran Nobility cast aside as a child with fearsome psychic potential only to grow into a Lord Inquisitor of incredible magnetism, charisma and intellect, is perhaps the most dangerous man on Rhisienne. Von Lochov is a master strategist who’s worth is best measured in the deep respect he enjoys amongst the Astartes, but several forces beyond humanity hunt for his soul”

“Inquisitor Valeria Eleni, former acolyte and discipline of Von Lochov, is what the Ordos call a Radical. The end justifies the means.”

“When the God Emperor created his demigod generals and their Legions of super warriors he made them adaptable and all powerful, but he also designed each to perfect an aspect of warfare and to fulfill a unique role fitting to their Primarch’s character. The XX would be the Emperor’s Special Operations Forces, the most independent, secretive, clandestine, unorthodox and creative of all of his Legions.”

“The private army of a Noble house with access to Inquisitorial equipment and training from the Astartes, Loyal to the core, experienced and stubbornly fearless.”

“Dune Twists are master pathfinders - outcasts whose mutant elders have roamed the great desert for centuries of tribal wars and incredible hardships. Small teams are often lead by Legion agents and advisors”

“The Charter or Rogue Trading is one of the oldest and most powerful legal documents in the Imperium of Man. Rogue Traders are tasked to push the boundaries of imperial trade and produce to uncharted and at times extremely high-risk / high return territories. Leonard Delel is an examplery one, ambitious, cunning and seemingly with seven lives to spend. Delel’s special expertise is in Xenotech and he is currently subject to an Inquisitorial investigation.”

“Attack craft capable of rapid and clandestine insertions of infantry are an important part of XX operations and the legion employs a wide range of different craft, often custom equipped for specific missions. One of them, call sign “Sparrow” is a formidable gunboat and the personal cutter of Von Lochov.”

“Master Alpharius, a Dreadknight Pattern dreadnought with teleporting technologies unlike anything the Forges of Mars can manufacture today, is a relic of immense destructive power and a sage counsel to his chapter. From his legendary triumphs in flesh, through epic injuries, he has continued serve the chapter in death since the Heresy. ”

Exciting news for this blog.

First 6th edition game - quick note: it was a blast!

It was an absolute blast and very educational. It took us 4 hours to get to midway turn three and we had to leave the game deliciously in balance. Pete was a great host and a brilliant guide to the changes in 6th ed.

And I wasn't getting tabled!

Many reasons to be happy. Finding good guys to play with, with great armies and total understanding of the spirit of the game. My army was a ton of fun to play with and I got some nice tweaking ahead and new units to make. Very much looking forward to more!

Should have some random pics for you later.