Legion of Plastic is Dead! - Long live the Iron Sleet!

I have the utmost honor and excitement to share the news that the geniuses Kari and Mikko have joined forces with me to create a new, far superior blog and user experience.

Go check it out and please give us feedback as we continue to build a better interaction, discussion and picture admiring experience for you.

At this critical early hour all of your support and endorsement would be greatly appreciated, so please pass the word along!

Thank you for all the kind words, support, questions and the 250 000 views over the years. This was a pleasant warm up for much bigger things to come.

PS. Vosla Hellclaw and tons of new photos to be found in your new destination. 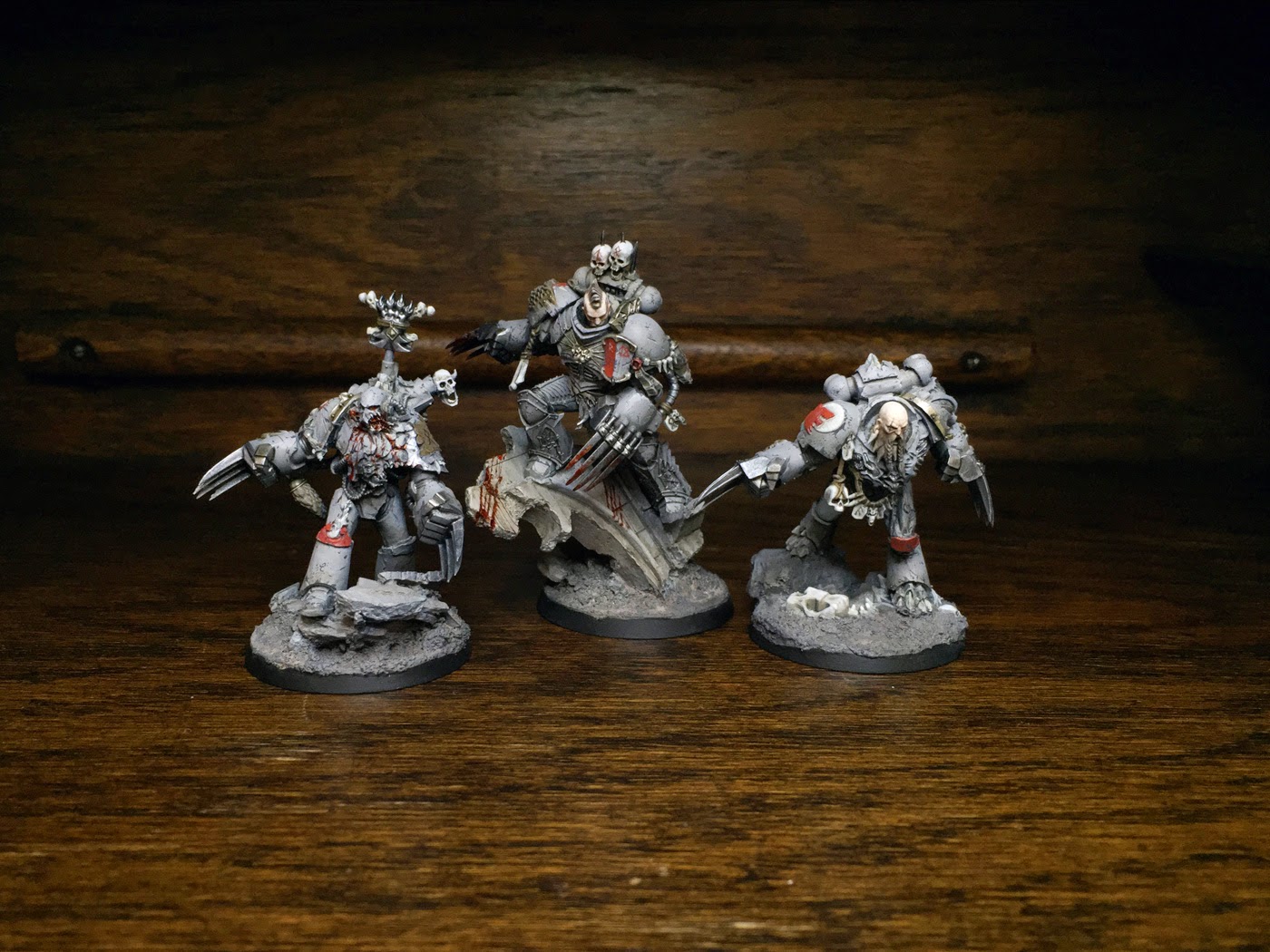 Sorry for the silence. Vosla is ready, with two brothers, and a total of EIGHT new Vlka Fenryka models.

But something really big is stirring up and they will remain in the shadows for a little while longer. Stay tuned and sorry about the teaser. 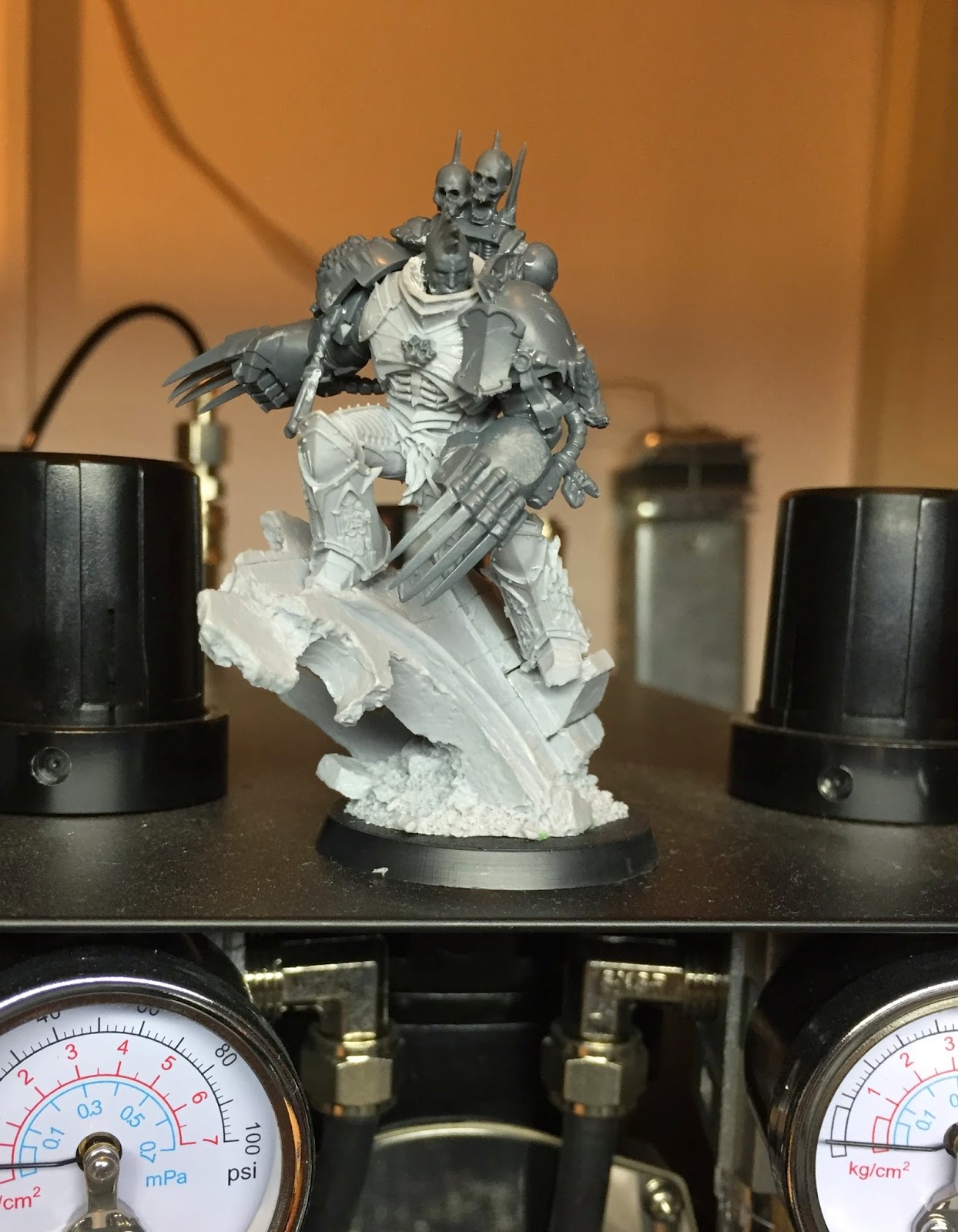 
Then look at the pictures. 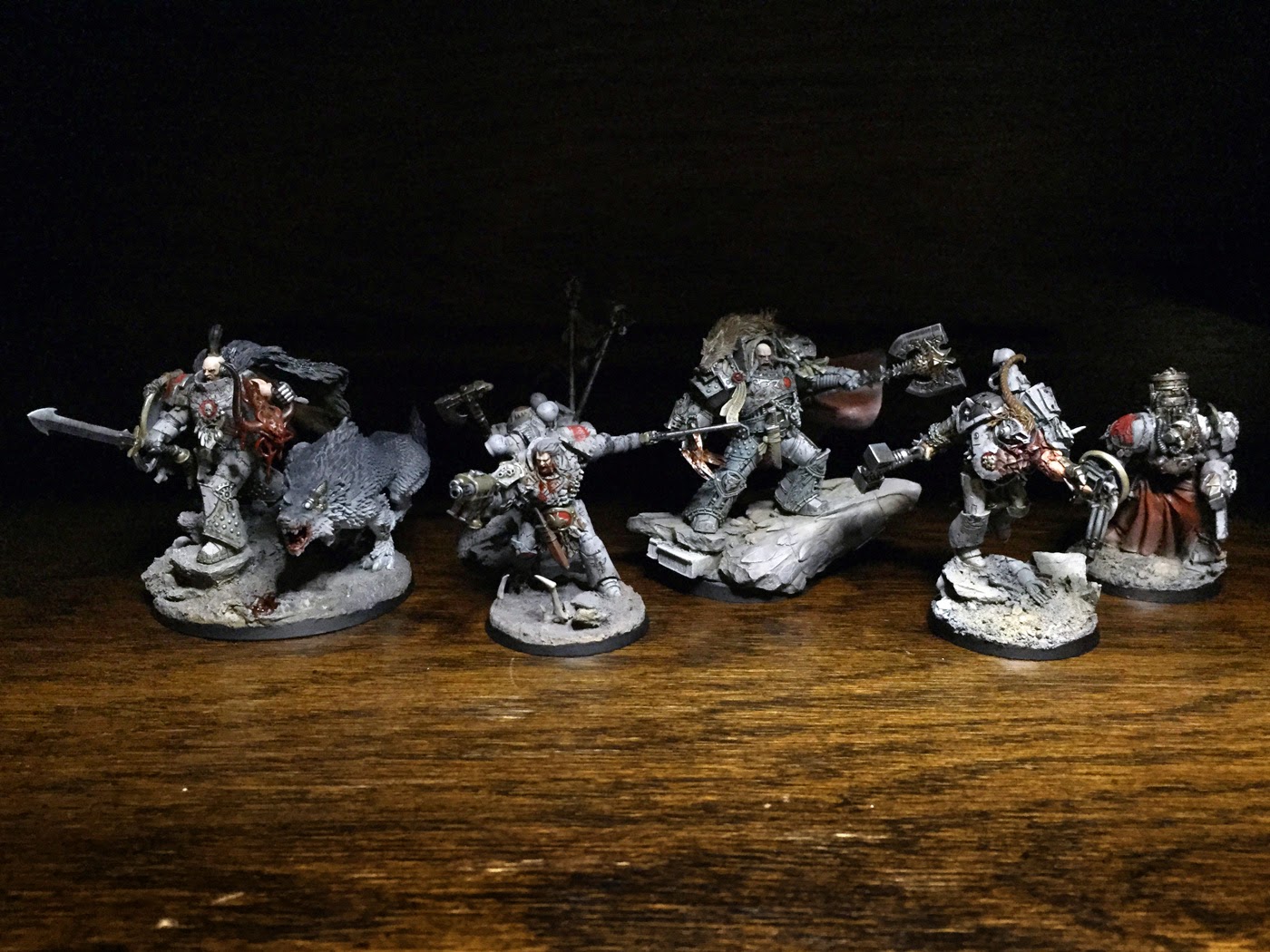 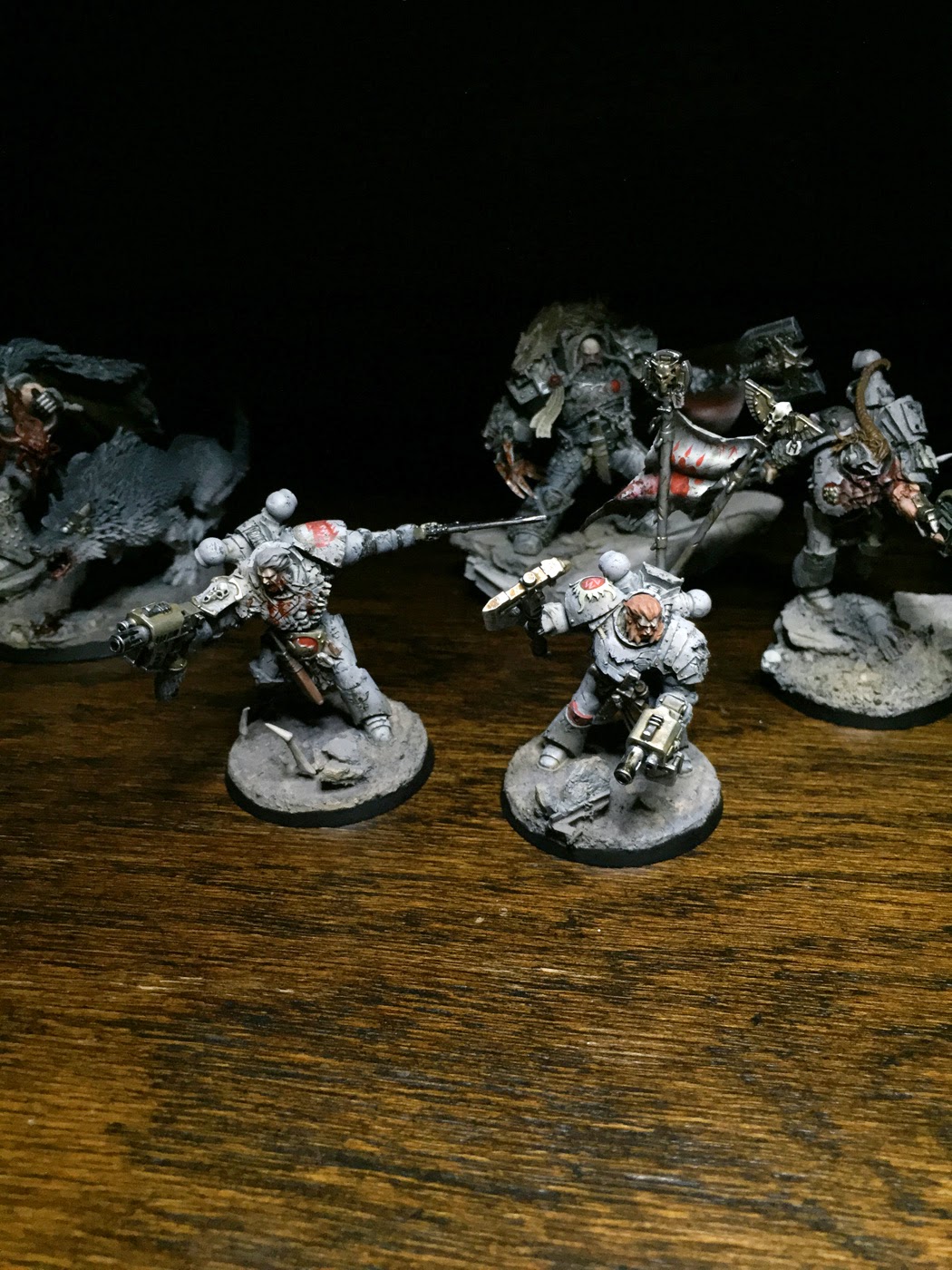 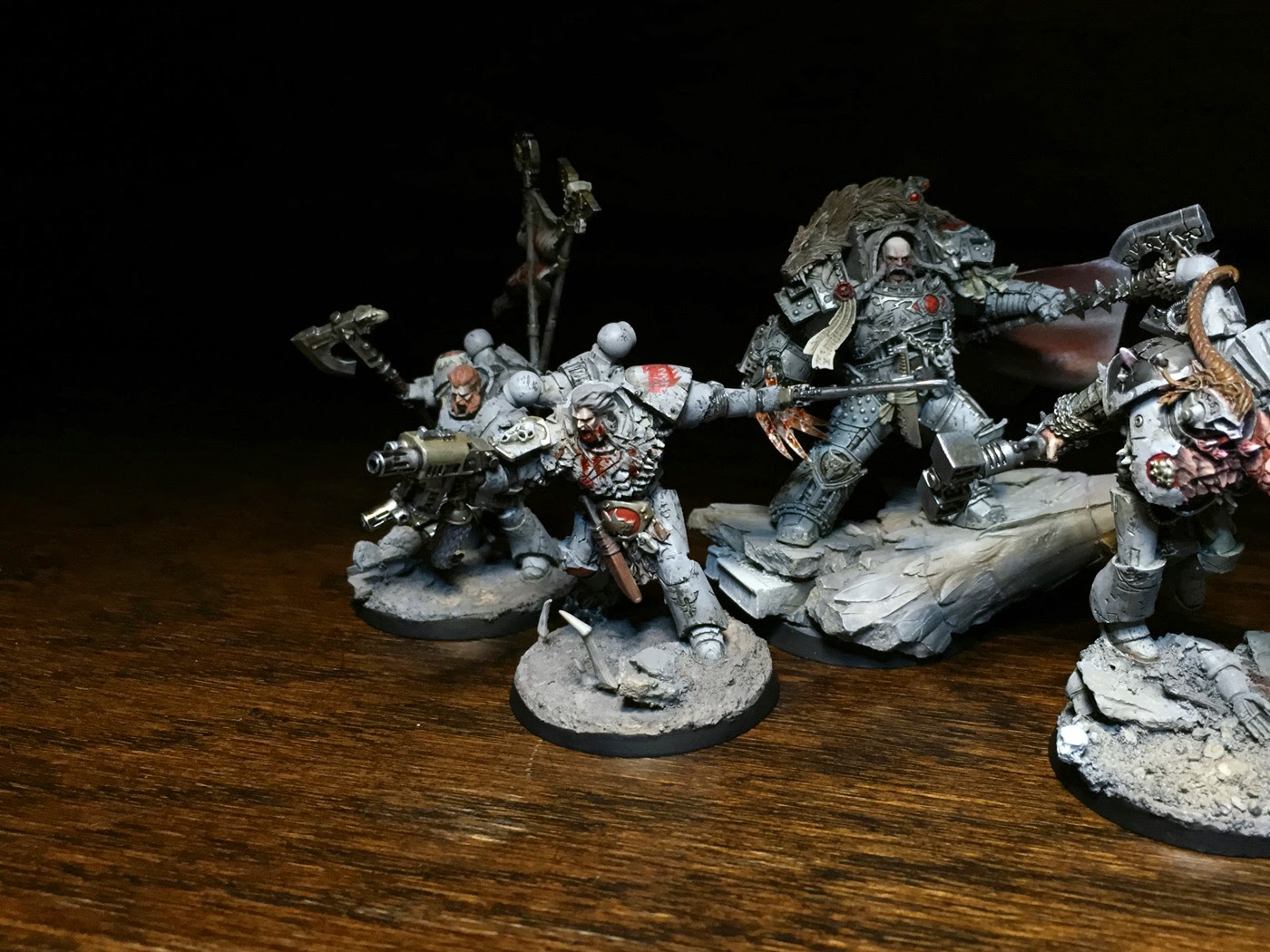 5th and 6th model 99% finished. I am still working on the gun nozzles and testing a metallic knot work pattern for the gun casings.

I eventually owe you more pictures, there are lot of tasty details to discover, like bionic, wolf claw leg , or the banner poles detail.

This time I started painting these listening to the "soundscape" from Dreambient that had been inspired by models. It in turn really established the mood for the faces in particular. Which also deserve more pictures sooner than later.

Right now the priority is to keep pushing the project along. With the holiday shutdown ahead of me, I should have one of the most productive weeks in the hobby calendar ahead of me.

Thought I must say something. I'm 99% there with the two new Sky Warriors. A tricky banner proving more time consuming than thought. The balance of having enough resolution, but to really show wear and tear and gore and sweat has taken a lot of fine tuning.

These will bring it to grand total of 6 models, a 5 man wolf guard unit and a wolf lord with a thunder wolf.

I got my box of assembled Drop pods and Storm Wolves from Frontline gaming too, but have been too anxious to open it, after the preview shots showed a few gaps between parts. Regarding my hopes of attending the Las Vegas Open, one of their events, this will be a make or brake thing. To have a playable army in February is already crazy ambitious, but if I have the mother of all gap filling work outs ahead of me, it's game over.

Pictures hopefully coming soon and hoping Curze is here soon to kick start the next full squad of five.

Just ordered this to turn into my Void Claw pack Leader.

Thank you Forge World. We will have so much fun together these coming years! 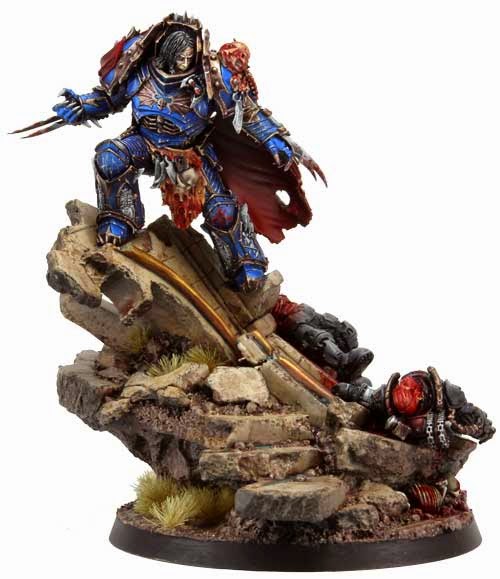 Apologies for missing one monday update. It was time for a holiday, some sun, swimming and sleep. The batteries are fully charged now and there is a lot to discuss.

Firstly, I read the Emperor's Gift by Debmski-Bowden. Thanks for the recommendation Kampfrogt. It's a sort of must read for anyone serious about the subject matter of Grey Knights, Inquisition and the Wolves. I would assume most of the readers of this blog. Not his best book, but immensely bold, entertaining and ambitious. It renders the differences in the three organizations in a very Gothic fashion.

I would love to talk about the book after more of you have read it.

Secondly I've made progress and have two new Sky Warriors built and in primary colors together with the bone surgeons. I've attached a quick picture of them after Airbrush work. The whole affair still feels like a glorious form of cheating - so fast and such amazing effect that after all the bush work is completely hidden, yet lends an aura of light and shadow and speed I absolutely adore.

With one of the two Wolf Guard, I did the first genuine mistake in the project, and didn't realize he is based on the smallest (of the massive) Vorbak models, and unlike of of his friends thus far, is the only model on a completely flat base, which calls the difference out more than anything else. I will have to  live with this minor thing and hope it blends in the army as he is still a giant compared to the humans to come and regular Citadel Marines.

On the conversion front, things are taking a turn for crazy. I didn't exactly think I'd be going this bonkers with the new models. Getting serious on a few Iron Priests and their Thralls, and will be hard to finish painting models first. I've got a cool idea for Long Fangs, a very characterful Ship Captain with silly gothic retinue to fly the Company Strike Cruiser and am overloading the bit box with different model concepts. Are Adeptus Astartes ships flown by Imperial Navy captains like the Grey Knight ships?) If not, that Captain will turn for rogue trading and the Solar Auxilia will be his very fitting personal militia.

Finally I am really getting into Christmas mood, listening to Bing Crosby as I write this, and waiting for Santa's Forge World delivery. The Christmas holiday will hopefully provide a few extra hours of model making. 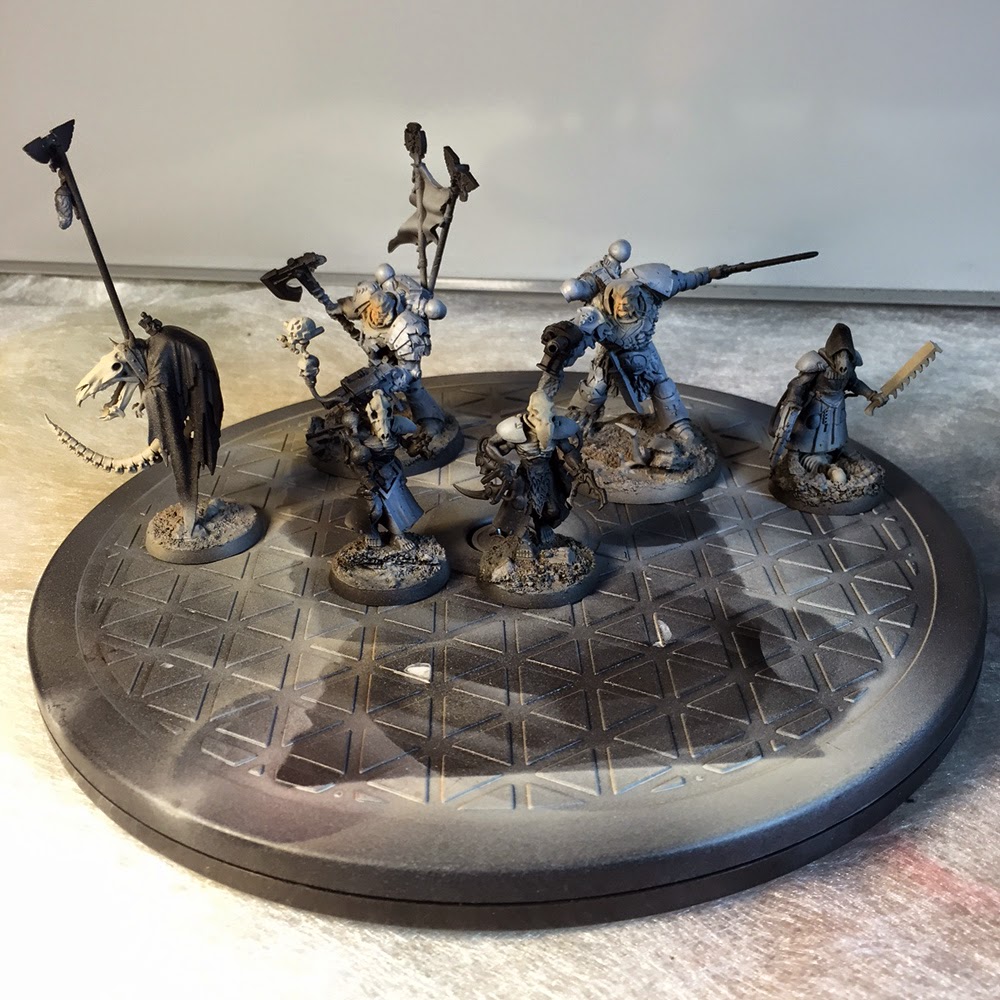