The three Guard vehicles are built and ready for paint. Ditto on the 3 new marines. Next up a Legion Land Raider Redeemer and an old skool pattern Forge World Rhino. I will then put together the massive GW terrain trench system that will give me three very different terrain systems to choose from and mix and match with. Having so much nice terrain makes me so happy.

I should be all set for painting everything in July and for the fall I have only one official hobby plan. To play some 40k. 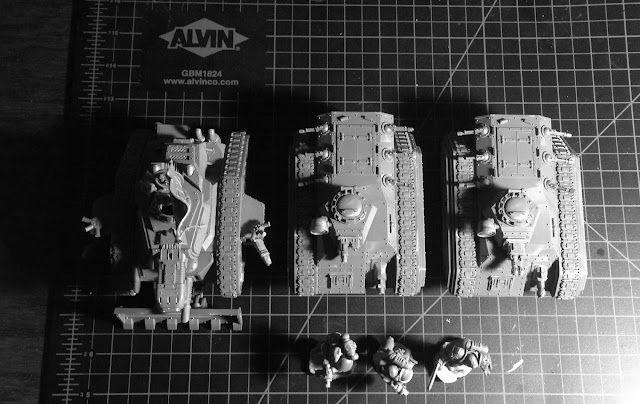 I also did another full evening of weathering work on the Legion Venerable. I had used liquid masking for the chipping and didn't get enough resolution to convey scale, so I went back with my old tricks and am very happy with the extra effort. Good practice for the vehicles and the combination of liquid masking and foam and brush chipping really works.

I've also been admiring Forge World Horus Heresy models, the Primarch's in particular and getting quite excited of the huge boost the Alpha Legion models will potentially have for my project.
Posted by migsula at 18:05 1 comment:

You can now find Legion of plastic at FLICKR

I gave up on the Blogger shortcomings for galleries and accepted the inherent additional work of an additional broadcast channel.

Your tips of interesting streams to check out, how to build up my galleries to your liking, and other things flickr are most welcome!
Posted by migsula at 08:48 7 comments:

This is a bit random, but hoping to get you guys talking about it and mostly looking forward to opinions from those of you who play on a regular basis.

Got my copy of the Eldar Codex with all the new plastic goodies this monday, and had ordered the Tau codex at the same time.

Games Workshop is close to receiving the most improved overall product experience award over anything I've seen for a while in any product or brand category. Jes Bichkam has totally saved the White Dwarf. All the new Codexes are well written, the rules are in good balance and benefit variety, and much to my surprise the old art digitally colored looks very very tasty and has a new aesthetic unlike anything I've seen else where. The miniatures are better and better and the sheer output from GW seems to have doubled. 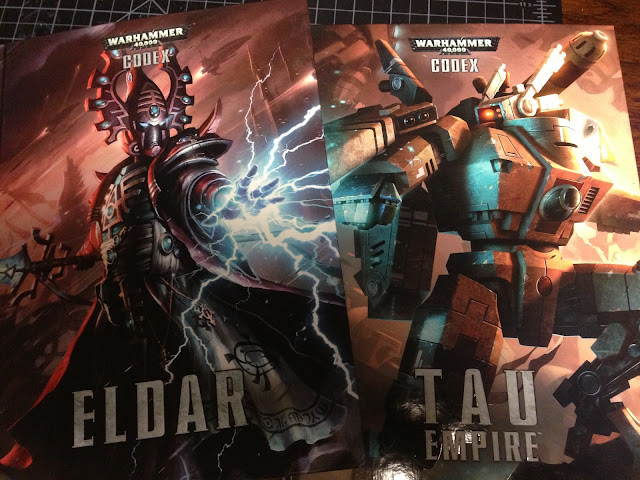 Well done and thank you!

So two of my favorite armies came out in the space of few months and I'm itching to work on something else than Legion after August. I have a big Tau army and a reasonable start to an Eldar army. Both aren't up to my current standards for creating art - but then again, I'd like to play more in the future and do something new and different.

But don't really know how to make more time.

So this has gotten me into thinking about designing the look and feel of the new direction, and outsourcing some of the assembly, priming and base color work to a competent studio. To work more like a designer. Then go in an finish the units with depth and weathering. Obviously the special things I would still do from scratch.

The big dilemma at the minute is weather either of the old schemes is cool enough for me to keep it with the expansions... for the TAU (finished ten years ago) it's a no and also I have 3000pts of them to play with if there is an urge to just park and shoot the crap out of the opponent, which isn't my ideal idea of Warhammer 4000 anyway - so this points me towards my Eldar who are nice and bright. They have one major mistake - the black. I've found that pure black kills a lot of realism and nowadays always paint black as hues of dark grey. Only the most shadowed area of black is actually black opaque black. With this switch I could see myself doing a nice Eldar army. And none of the new units would have the black black mistake.

But (again) obviously I'd like to make the Eldar army of all Eldar armies...something no-one is expecting Eldar to be...and launch myself to another eternity project that might still be the right thing to do with the Allied rules and the Legion and Xenos storyline synergy.

This is where I got several years ago:

Should I add to this army, I will document the working with a painting studio process and hopefully provide plenty of good tips on how to work with such a service provider and how to combine good basics with your own stamp. 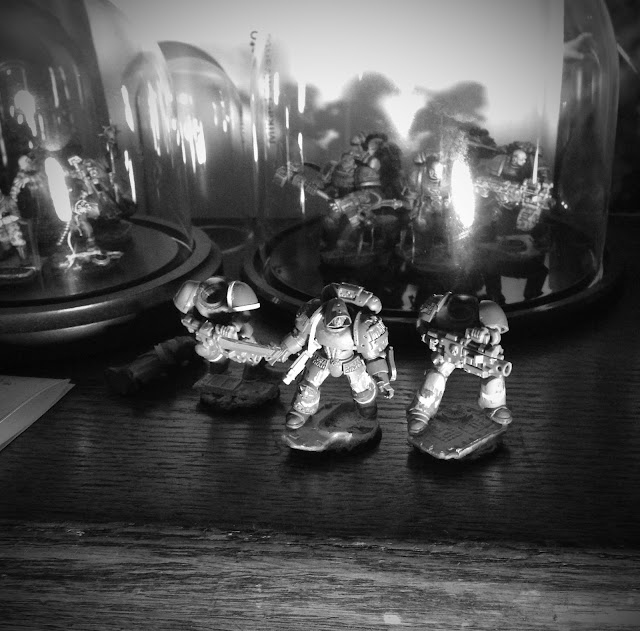 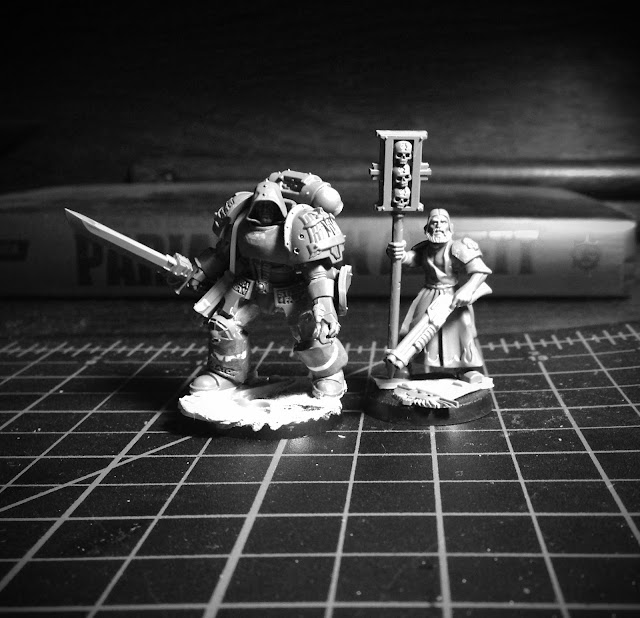 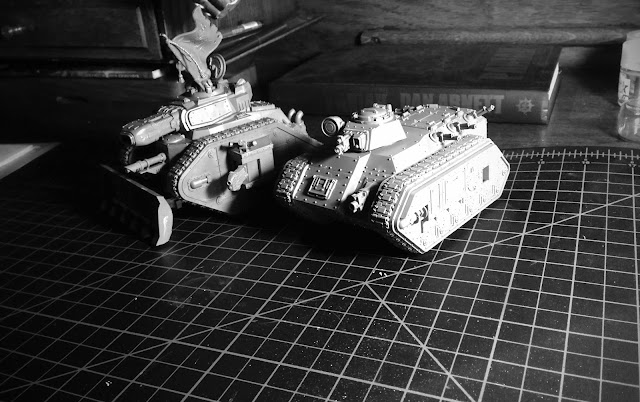