Sunday's game did not happen. Executive orders from a friend's girlfriend ruled out the planned battleground.

However, I finished the Dreadknight on time and am quite excited with the result and getting to move on to new units.

I shot quick ones with the iPhone, but hope to do a proper shoot to show the weathering in particular. I used liquid masking and then later picked the revealed areas out with different rust and dirt treatments and it worked out very nicely. This will be the scheme I will use for all the Legion armor, but the Guard will have slightly different scheme with camouflage and large blue and white stripe markings, 2nd edition style. (but with a moonlight mix, realistic weathering and more emotion) 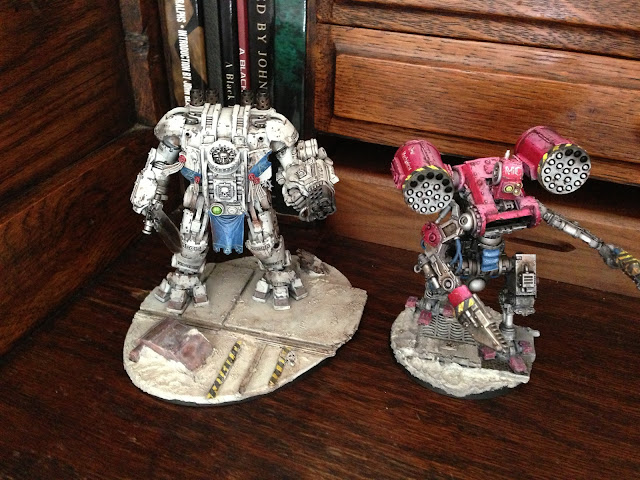 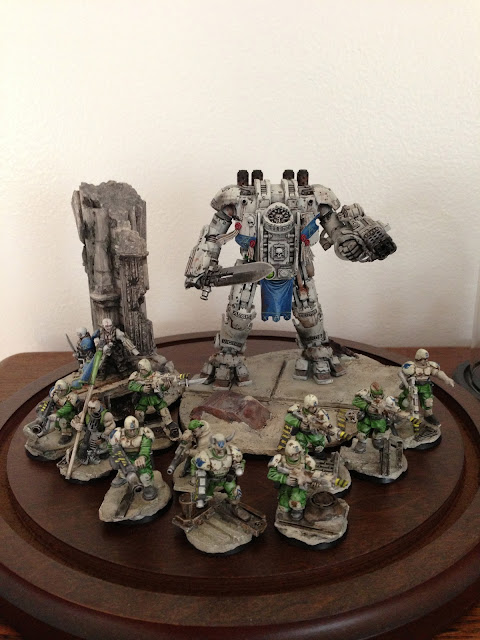 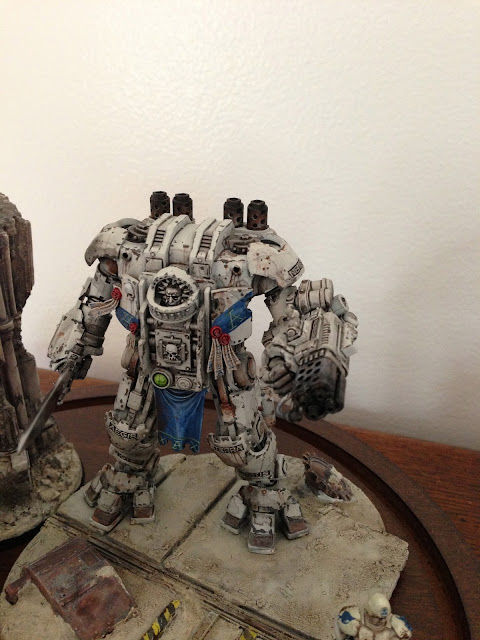 It took a while longer to build, and I missed my one unit a month goal for September, but then it was a special month otherwise.

Here is a WIP picture for you guys, I am now happily into the painting phase, and will finish this guy by the ned of the month, hopefully with some time to spare for what ever I decide to do next. 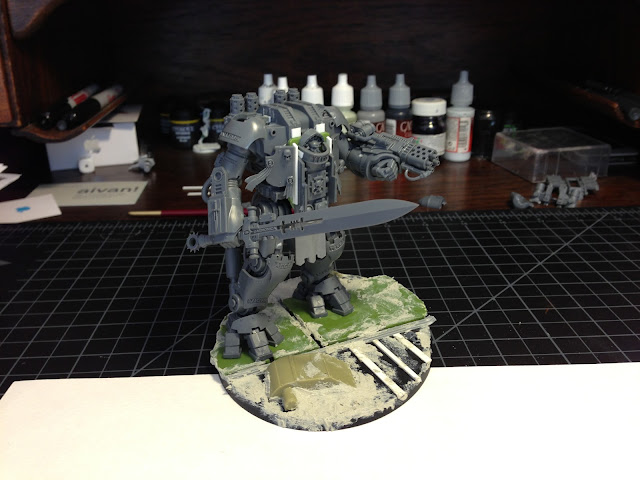