relax and read something:

A stunning example of a B&W paint job, now at the top of my inspiration folder to serve as a reminder, that the light/shadow work of a miniature should work strikingly without color.

Anyway, I've begun putting together two small teams of three henchmen with Bolters. Handy little teams that are dirt cheap in pts cost but can ride around in a chimera or future razorback and claim objectives.

Like all units in the army - both will have their own sub themes (and take an insane amount of care for a game play model worth all of 5pts). This first team is a little more overtly pompous, henchmen from Inquisitor Berthold Von Lochov's own family guard. But also hardcore experienced and worn Legion operatives. A mix of mostly Empire and Chaos cultist parts.

I've also grown really fond of Standards, flags and other large canvas sections with which to show the moon light and water painterly approach to such material feel and in general one key visual aspect that separates Warhammer 40000 from warfare as we know it today. So I'm trying to include as much of them in the army as I can, eventually culminating in to Alpharius carrying a Legion War Banner. 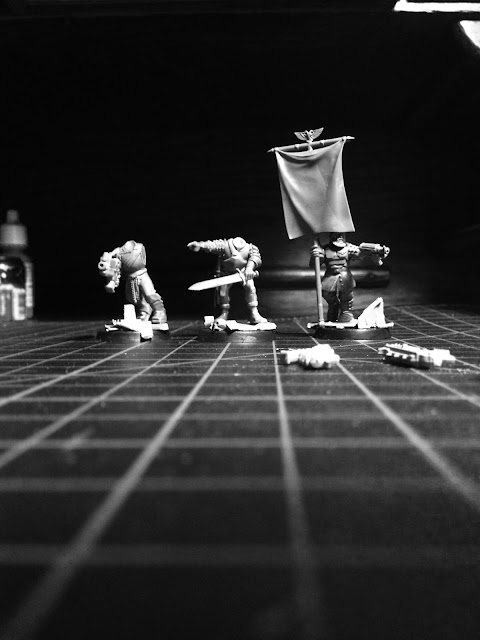 And a reminder of my scale. 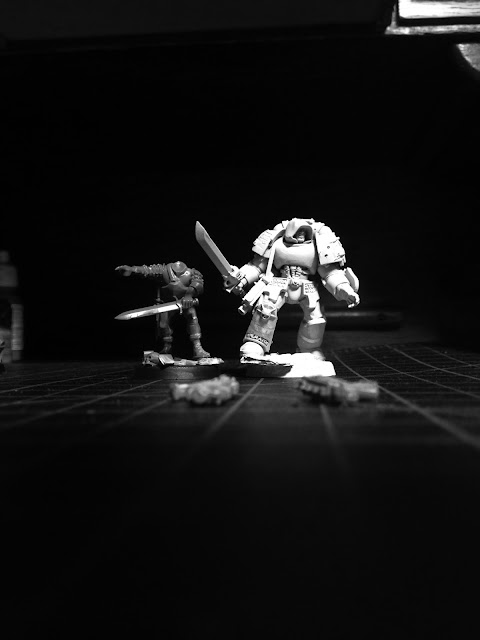 yet realistic and materialistic!

Going all the way back to the principles and drivers of the Legion project and melting them together into a successful new entry to large flat surfaces and the world of tanks has been a time consuming and immensely satisfying affair. The end result is a great foundation for stuff to come and definitely a learning experience.

I started with a great deal of expectations as I was personally very satisfied with the Venerable Dreadknight (I still owe you proper pictures) and the Mechanicus Automaton. Both models however, where in ways scaled up infantry - walkers and full of detail to apply both my experimental style, directional moon light and dramatic assault of gothic weather.

I am nearly there now! With a few more sessions left and then the mother of all photo sessions to bring you the full army in all of it's gory or glory depending on your taste. I hope to finish painting this weekend and do the photos the following.

Thank you for your patience and here are a few WIPs. 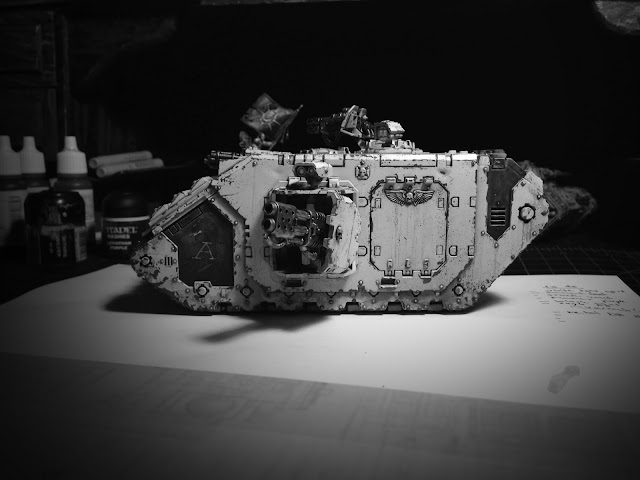 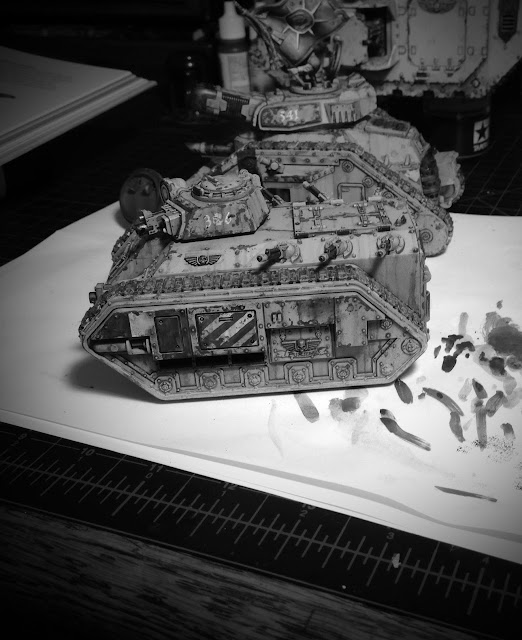