More henchmen and a Lady

I have been traveling around the US, so limited hobby time, but surprising productivity and I had the pleasure to read the Unremembered Empire by Abnett.

The Lady deserves much better photos eventually, but I will paint the henchmen first. These are Von Lochov's private militia and should be heaps of fun to paint. Some green, different metallics, blue details & markings and that worn white armor.

I also have mission objectives in the works that are coming together rather nicely. Trying to capture little moments in space. More about those later. 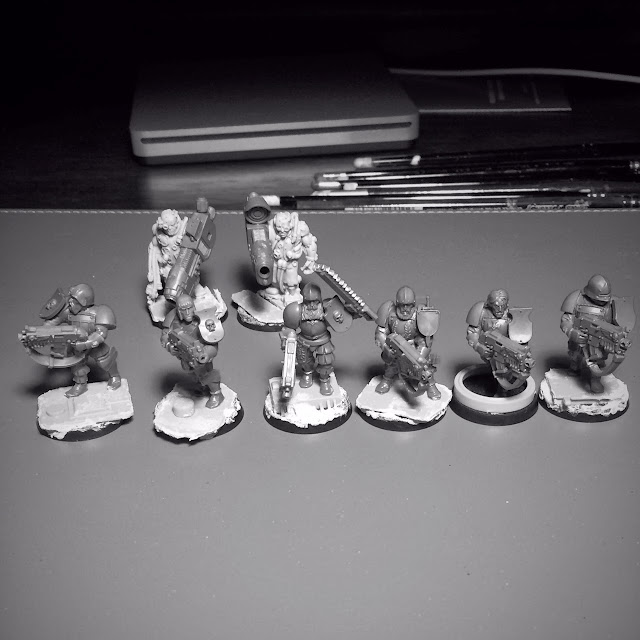 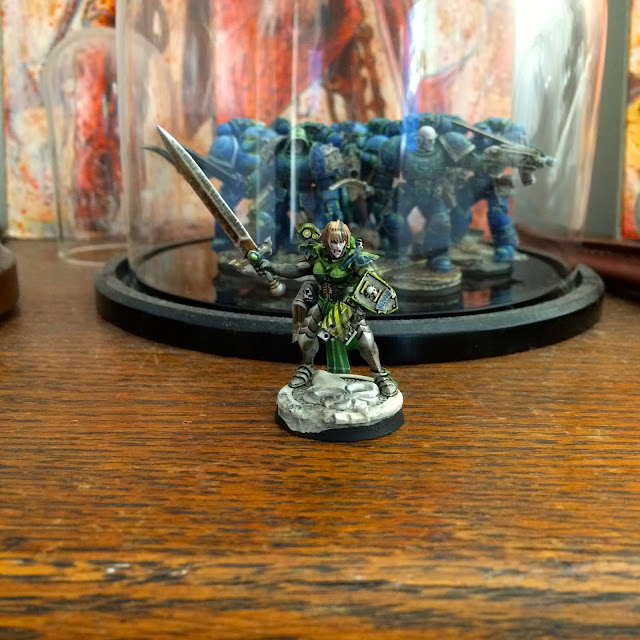