"A Series of unfortunate modeling setbacks and other updates"

That's what my log at a friendly forum is called these days. 2012 has begun with a wonderful time at work and home, but success and failure working against my modeling and hobby time. 60 Hour workweeks, active family life and a few competing hobbies, coupled with odd little setbacks finish off what nuggets of time I have left in the weeks.

As an example, two lamps I ordered almost two months ago, still haven't arrived - despite the store having dispatched them twice they claim.

Anyway, slowly, and daylight permitting, I've worked on. I've added detail and things to my desk and worked on my Coteaz count as Inquisitor - the hourglass guys. So much so, that a few fixes and newly named Lord Inquisitor Nestor is now ready for primer. It's quite likely he will inherit Borsus and Valencia, the two just fit him right and enable me to move swiftly towards a gaming legal army of XX Legion and it's operatives. The upcoming Warhammer 40000 6th Edition is becoming a nice goal - reinforced by the guilt I feel for having probably only played five or so games of with edition.

Seeing some great models from friends with more balanced lives have been another steady motivator. It's good to be around folks like that, even if only in the inter realm.

In the context of standard GW models, the imagery of the new +I+ may be somewhat marinesque, but consider the massive Legion marines of mine, more than head taller and twice as wide and this guy fits very well in to my project as an able male in powered armor. I intend to have a strong contrasting paint scheme of noble, intimidating detail and blunt, worn out reality. As with the Legion theme, lit by eerie moonlight more than Emperor's grace.

I'm thankful of the few of you who still read this blog and I will do my best to make it more worthwhile armed with enough light and motivated with the dawning 6th. 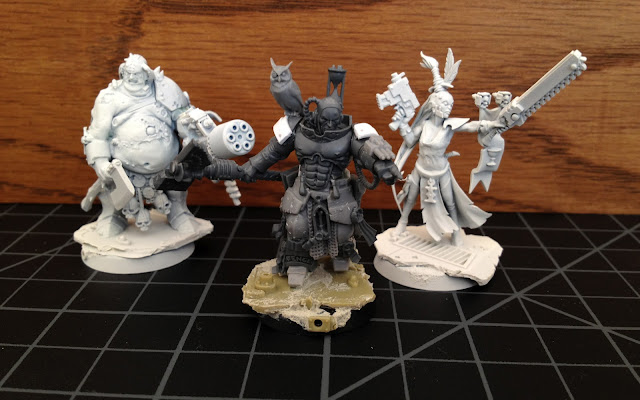 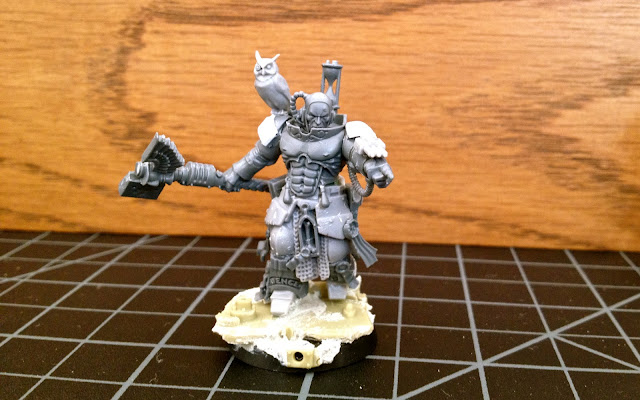 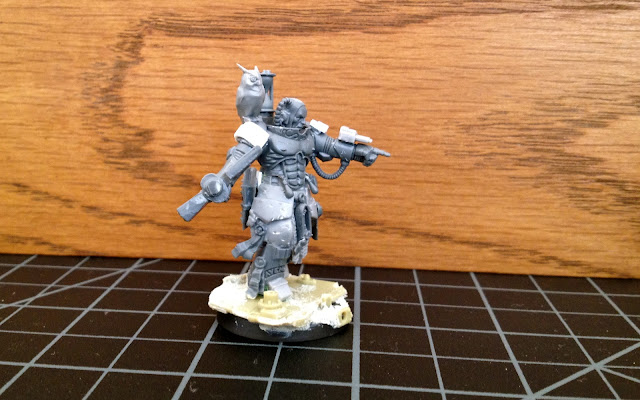 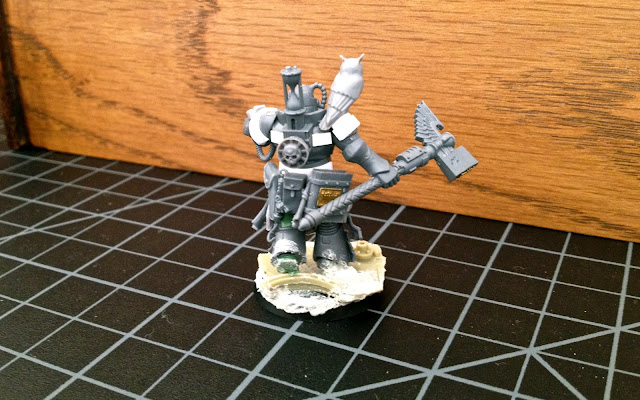 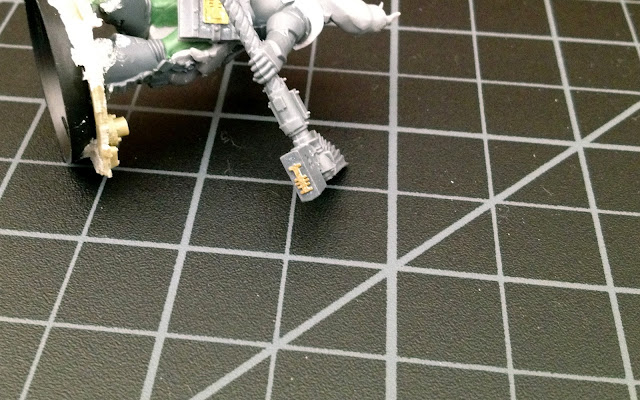 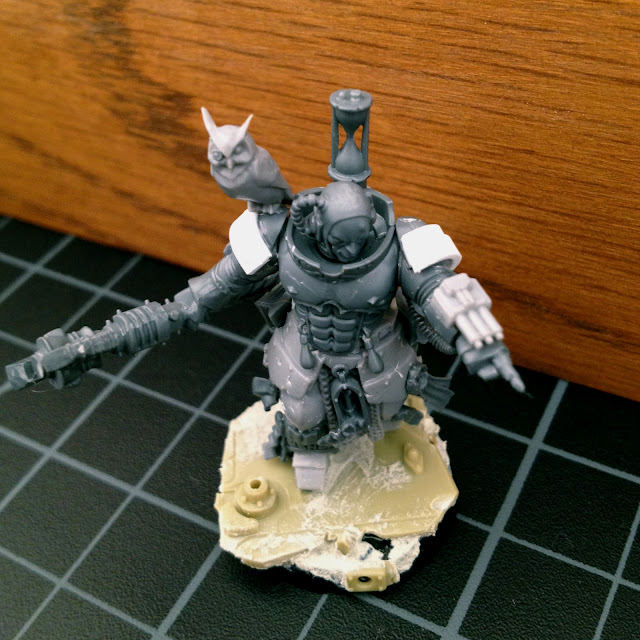 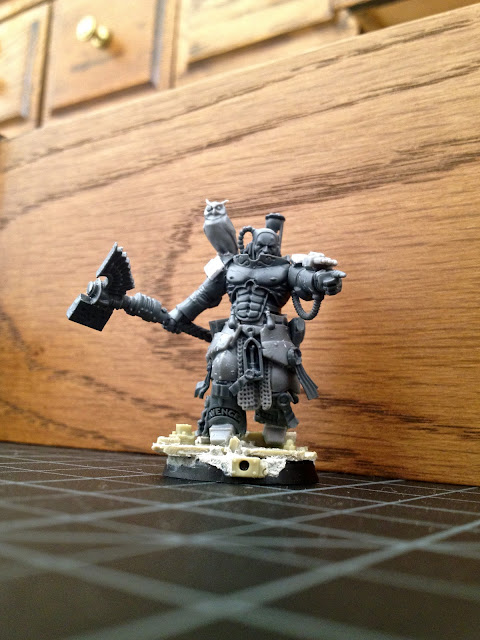 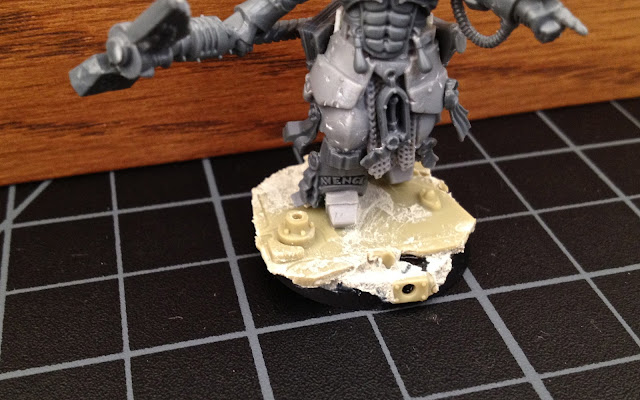